Welcome to the One Piece Role-Play wiki!

That also means we exist since One Piece was in its 783rd Chapter!

Fifty years have passed since the notorious Monkey D. Luffy was crowned as the Pirate King. Those who wrecked havoc upon the seas are now long gone, creating opportunity for another generation. The Straw Hats themselves have disappeared --whether they have died or retired is currently unknown. One Piece, however, was once more confirmed to exist and once more hidden away from plain view, leading to a new era of pirates. The world has been impacted significantly, and new forces have been established in order to maintain the balance.

Are you a fan of the One Piece franchise? Have you ever wanted to create your own pirate, marine or even your own devil fruit? Well, look no further, because your dream has finally arrived. We only ask that you provide us with your best effort and nothing less. Enjoy your stay!

The whole world continues to engage in conflicts, be them Pirates, Marines, or much more, it is a time of changing! More than ever, each and every action shapes the future of the individual, of a group.

Rookies from all around rise in infamy, shaking the world more than many veterans! Two Emperors dethroned, the Shichibukai roster filled, many crews on the loose...

Everyone is the protagonist of their own story!!! 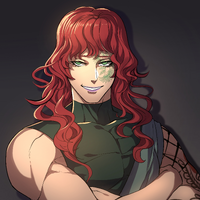 Rena Argo, the Virulence is a member of the Hunting Pirates, holding a spot as one of its Five Stars, the elite of the crew. He creates and deals chemical weapons in the Underworld, where he is referred to by the alias of "Segundo".

Referred to as the "Perfect Beast" among the Five Stars, Argo succeeds Fukuoka Koyuki and Nogitsu in the position. Thus, he is hailed a fearsome combatant not only in the crew, but in the New World as a whole.

Argo has a bounty of 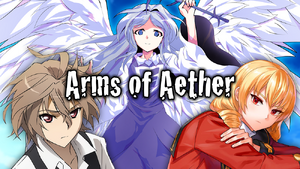 Arms of Aether is a Role-Play and Story taking place at the New World of the Grand Line, showcasing much camaraderie, whatever side it comes from.

It focuses on Wayland, the then leader of the Buster Pirates, shortly after arriving on the New World, wherein he meets Marisa, Three Star of the Hunting Pirates. Though their goals are different, their mindsets align, leading both to confront those that plague Mythril Island and to seek the comfort of its inhabitants.

However, an opposition from the Heavens themselves descends... Angel, Hero, Justice, known by many names... Marisa and Wayland's quest may be longer than they thought... 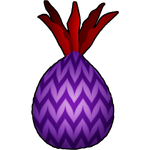 The Hebi Hebi no Mi, Model: Hydra is a Mythical Zoan-type Devil Fruit, the rarest type, which allows its user to transform into a full or hybrid Hydra at will, making them a Hydra Human (毒竜人間,, Dokuryū Ningen?) and granting them its abilities. It was eaten by Rena Argo, Perfect Beast of the Hunting Pirates.

Its powers are first shown in the Unfair Trade arc. However, it is only explained by Kauldran Synthia in the Reunion and Reliving flashback arc.

Make sure to check the News Coo and stay updated!

Marine? Give a read of the Reports soon!

Watch live streams from the Underworld!

Our Wiki has had its first Popularity Poll! Congratulations and thank you to everyone involved!

Make sure to check out our SBS Corner! Get to know and ask more about people's characters and articles!

Make sure to check out our Databook Corner! Get to know and see more about people's characters!

Mashikura Review No One Asked For